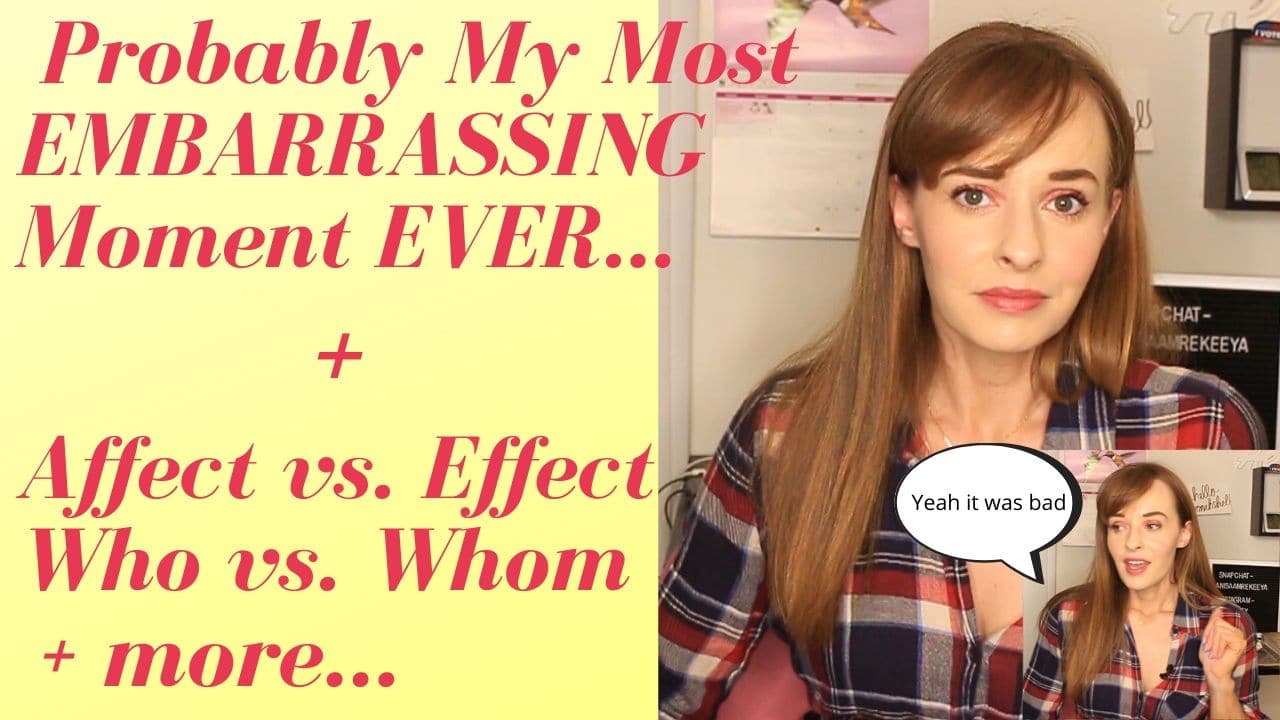 In my last video I talked about 10 words and phrases that even native English speakers get mixed up.  If you haven’t seen it, check it out here: https://youtu.be/AP2gUskPwEo

I want to remind you that I'm definitely not one of those annoying people who points out everyone's spelling and grammar mistakes...er, at least not anymore.

It’s true that in 2013 I did point out a misspelling in one of Oprah’s tweets – and she actually replied(!)
see below: 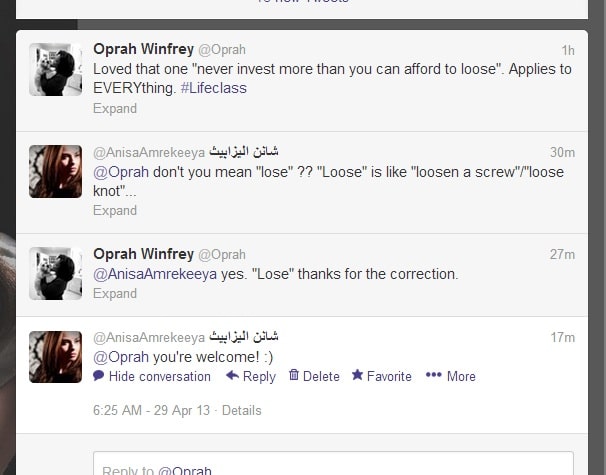 I’m not sure if it was actually her who replied, but I was ECSTATIC nonetheless.
And who knows, maybe I helped someone in the Twittersphere with their English writing.
The truth is, everybody makes mistakes. I definitely do. One of the most embarrassing things that ever happened to me involves a spelling error, and I talk about it in the video (here: https://youtu.be/tsPnjbn3KFA) –I don’t even want to write about my experience again, that’s how bad it was…
So. Moving on…
In the aftermath of my last video, a few of my friends sent their own questions and other common mistakes they see, so I decided we’d do a little sequel this week. Who doesn’t love spelling and grammar? 😉
Apart from lose and loose, we have:
Then vs. Than
This one isn’t too hard–just remember that “than” is for comparisons. “Then” is for things relating to time.
Should of/should have/ should’ve
When I see “should of” I assume people mean “should have” or “should’ve.” I don’t think you would ever have occasion to intend “should of.” After “should have” would be a verb…and “of” is not a verb.
Awhile/a while
I totally thought that it was always two words…but alas, there is an adverb “awhile” that means “for a time.” The two words “a while” make up a noun phrase meaning “a period of time.” Come stay for a while. Come stay awhile. Both work.
Bare in mind/bear in mind
To bare means to uncover and expose…and the verb “bear” has a number of meanings, one of them being “carry or support.” The correct phrase is “bear in mind”–which means “keep in mind” (carry some info in your mind).
Affect/effect
This one is a pain because both “affect” and “effect” can be nouns and verbs… 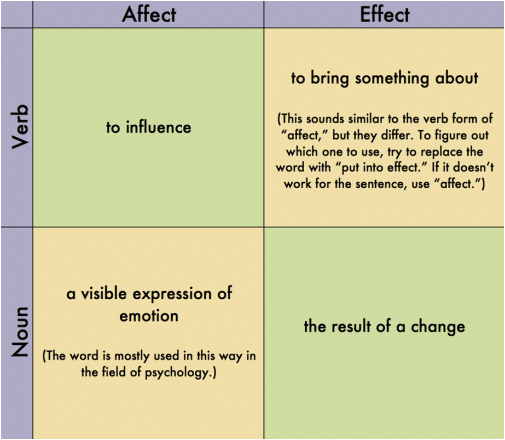 However, MOST of the time: affect is a verb, and it means to impact or change.
Effect is a noun, and it’s the result of a change.
As you see above, effect can also be a verb, and it’s when people want to “bring about” something…like “effect change.”
Affect can also be a noun–which I don’t think I’ve EVER seen outside of an exam…it’s more prevalent in psychology writing…but it means “a feeling, emotion, or specific emotional response.”
Finally, let’s talk about “affected” as an adjective: it means pretentious, artificial, or designed to impress. Not a positive thing!
Who & whom
This one is also a bit difficult, especially because 99% of the time everyone uses “who”  instead of “whom.”
But the general rule of thumb is that if you can replace the word with “he”’ or “’she,” use who, and if you can replace it with “him” or “her,” use whom.

Let’s look at an example:

Who/whom should I talk to about Shannon’s English classes?

Flesh out vs. Flush out

Think of putting flesh on a skeleton. To flesh out something is to add to it — make it more complete.

To “flush out” something means to cause it to go out into the open/get out of its hiding place. I’ve also heard “flush out” for detoxing (flush out the toxins).

When it comes to details — we “flesh out the details” – not flush them out!

That’s it for this week! Hope you learned something! If not, then bravo!

Once again, please leave comments and questions down below, and if you need editing help, contact us here.

11 Things People Get WRONG About Dubai